Submit your research to the International Journal "Notes on Intuitionistic Fuzzy Sets". Contact us at nifs.journal@gmail.com

From Ifigenia, the wiki for intuitionistic fuzzy sets and generalized nets
Jump to: navigation, search 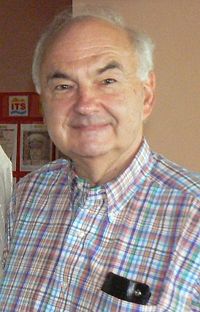 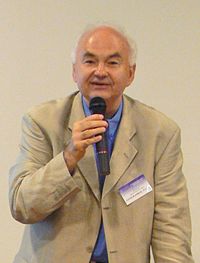 Professor Janusz Kacprzyk Ph.D., D.Sc. (born on 12 July 1947 in Warsaw, Poland) is a Polish scientist, head of the Intelligent Systems Laboratory of the Systems Research Institute, Full member of the Polish Academy of Sciences, Foreign member of the Bulgarian Academy of Sciences and the Spanish Royal Academy of Economic and Financial Sciences (RACEF). Prof. Kacrpzyk is past President of the International Fuzzy Systems Association (2009-2011) and President of the Polish Society for Operational and Systems Research.

Janusz Kacprzyk graduated from Warsaw University of Technology, Poland, with M.Sc. in automatic control and computer science, obtained in 1977 Ph.D. in systems analysis and in 1991 D.Sc. in computer science. He is Professor of Computer Science at the Systems Research Institute, Polish Academy of Sciences, and at WIT – Warsaw School of Information Technology, and Professor of Automatic Control at PIAP – Industrial Institute of Automation and Measurements, and Department of Electrical and Computer Engineering, Cracow University of Technology.

He is the editor in chief of 6 book series at Springer, and of 2 journals, and is on the editorial boards of ca. 40 journals. He is a member of the Adcom of IEEE CIS, and was a Distinguished Lecturer of IEEE CIS.

He received many awards: 2006 IEEE CIS Pioneer Award in Fuzzy Systems, 2006 Sixth Kaufmann Prize and Gold Medal for pioneering works on soft computing in economics and management, 2007 Pioneer Award of the Silicon Valley Section of IEEE CIS for contribution in granular computing and computing in words, 2010 Award of the Polish Neural Network Society for exceptional contributions to the Polish computational intelligence community, IFSA 2013 Award for his lifetime achievements in fuzzy systems and service to the fuzzy community, and the 2014 World Automation Congress Lifetime Award for contributions in soft computing. He is President of the Polish Operational and Systems Research Society and Past President of International Fuzzy Systems Association.

In September 2015, he was awarded the title Fellow of the Mexican Society of Artificial Intelligence, and Permanent Honorary Member of the Society.

Prof. Kacprzyk is editor in chief of book series:

He is member of 25 international advisory boards of many journals, among which: